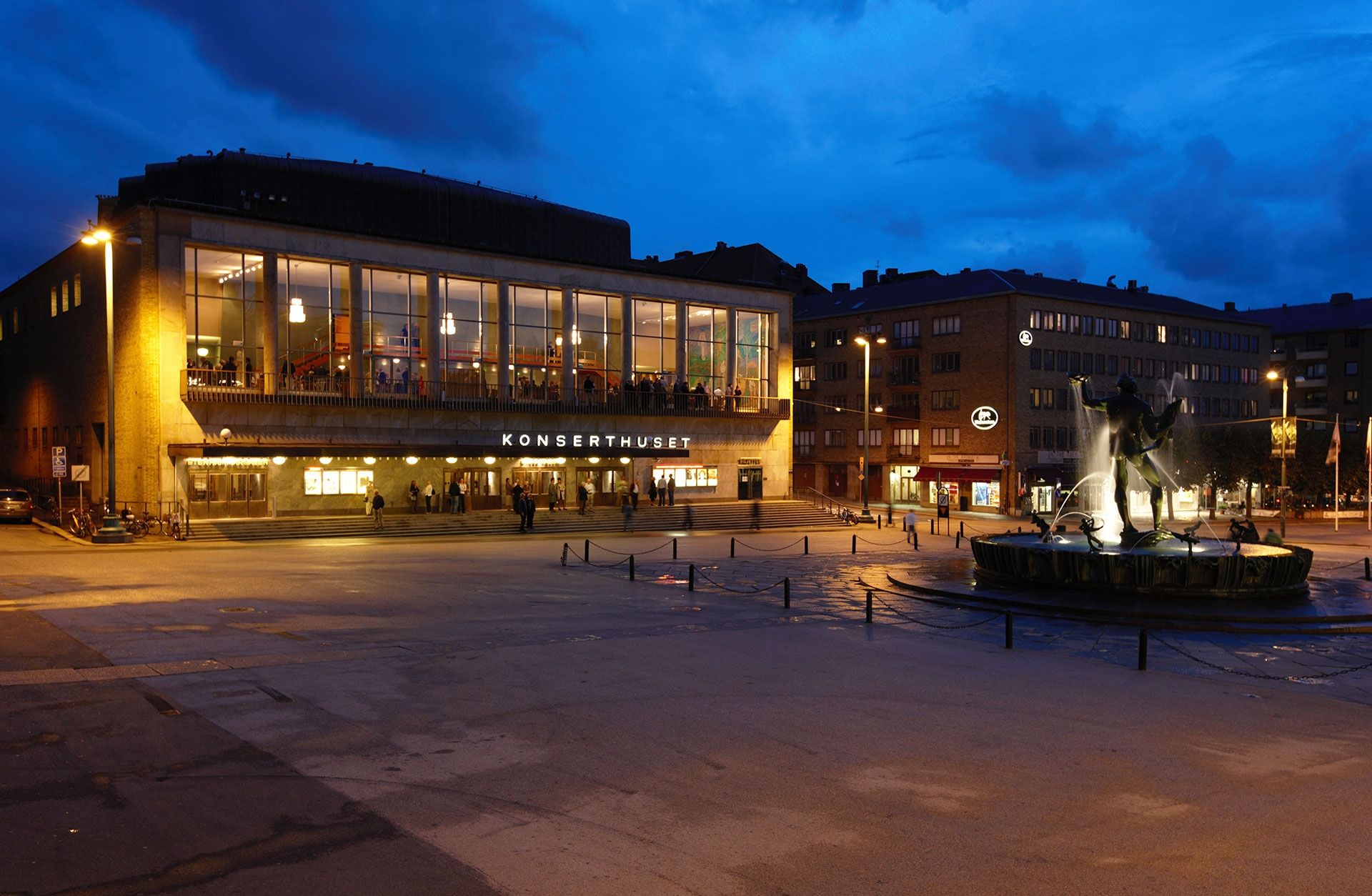 In June 2017, the website published an article about Ellington’s tour of Europe in October- November 1958 and particularly about his two appearances in Sweden – the one in Stockholm on Nov. 4th and the one in Gothenburg on Nov. 6th.

As part of the article we made available to DESS members the first concert at the Gothenburg Concert Hall. This month, they can once again enjoy it in the Goodies Room.

Whereas this concert mainly has remained unissued, parts of the second concert have been issued on a number of labels, but not in its entirety anywhere before. This is probably one of the best recordings made on Ellington’s 1958 European tour and we are therefore happy to make the first part of  it available in the Goodies Room to DESS members together with the full first concert.

The second part of the concert will be published later this week.

The 1958 version of the Duke Ellington orchestra was impressive: On trumpets Clark Terry, Cat Anderson, Harold Baker and Ray Nance, on trombones Quentin Jackson, Britt Woodman and John Sanders, the reeds were Jimmy Hamilton, Russell Procope, Johnny Hodges, Paul Gonsalves and Harry Carney, and besides Duke in the rhythm section are Jimmy Woode and Sam Woodyard. Ozzie Bailey is the singer.

Here is an example of a hitherto un-issued recording from the concert, My Funny Valentine, played beautifully by Jimmy Hamilton.

As Duke as master of ceremonies announces the different numbers played, we do not find it necessary to show the playlist here. Instead we will just mention the numbers that are included, but which to best of our knowledge have remained un-issued until now. In this category we have Newport Up and the aforementioned My Funny Valentine in the first part of the concert. All the other numbers have been issued on Jazz Information JI CAH-4001 Some of these can also be found on Musica Jazz MJ 2MJP-1005.

If you want to see this superb band in action, there was a televised concert from Nov. 2 at Consertgebouw in Amsterdam, which can be found on YouTube and which took place only a few days earlier.  You can use the following link https://www.youtube.com/watch?v=0UiOa_c2TXE. The program is similar, but not identical.