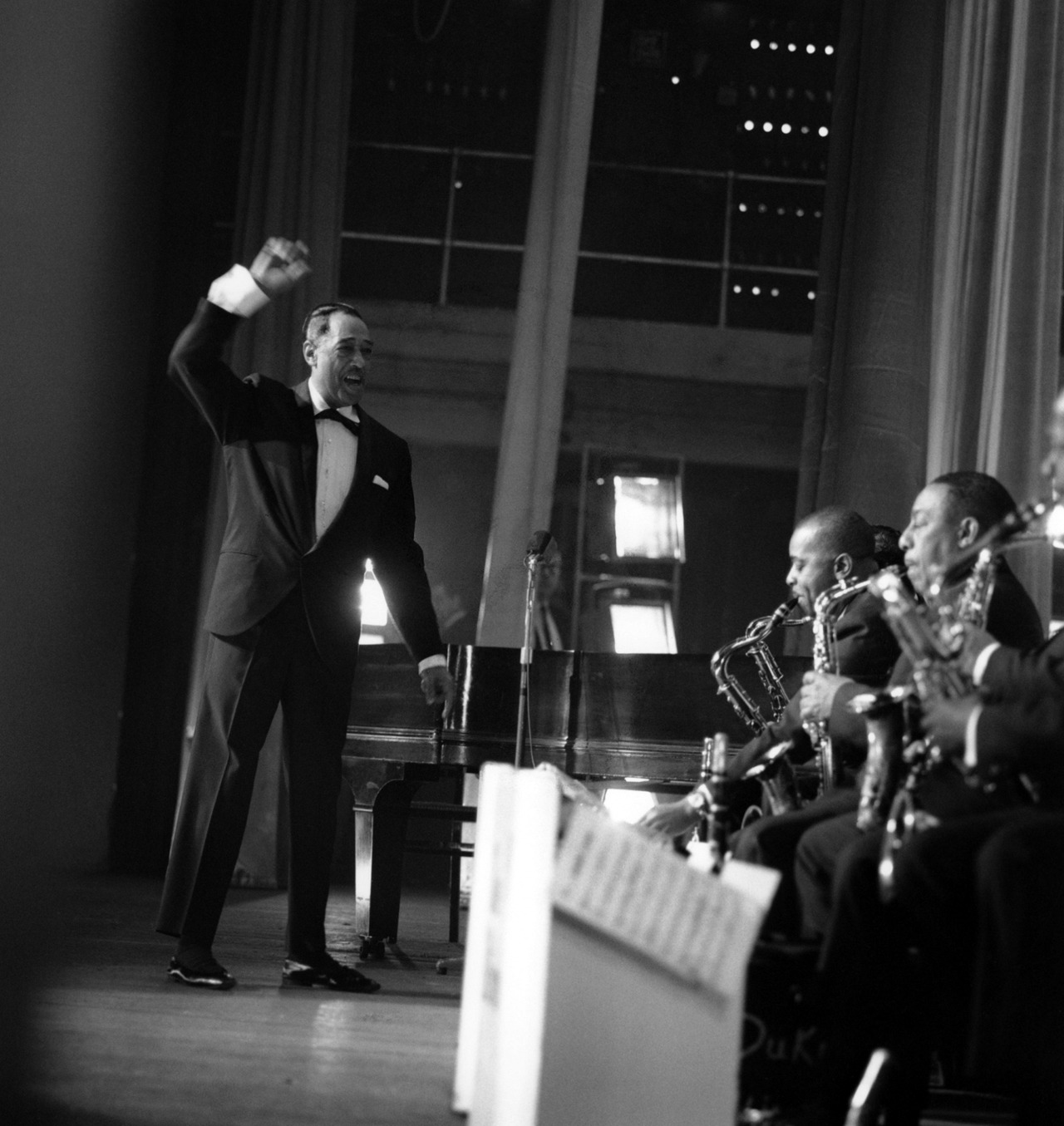 Parts of the 2nd concert were broadcast by SR some time after the event and originally a recording from this broadcast was the only notation in Ndesor about the concerts in Stockholms Konserthus. Then in 2012 complete copies of both the 1st and 2nd concerts from the above date were discovered. This was the result of the work of a small group of people who set out to establish every trace of Duke Ellington’s surviving recordings from his concerts in Sweden. The end result of this work can be found in our archives section. Luckily, we were able to help Sjef Hoefsmit to solve the remaining mysteries regarding the ”famous 5 LP box”, to his immense satisfaction, and this just a few months before he  passed away. The contents of the last part of the concert (which you’ll find in the Goodies Room) are as follows:

Of these, the following numbers were discovered in 2012 and subject to a Ndesor update:

The next day there was a rehearsal for an SR telecast, which was  recorded the next evening at Cirkus in Stockholm – ”Indigo” – presented on this site on Nov. 24, 2016.